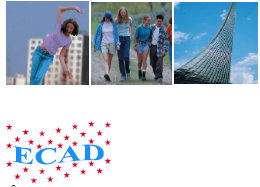 Споделете !
EUROPEAN CITIES AGAINST DRUGS
Head office City Hall, Stockholm
Åke Setrèus
Interim Director
Address Telephone Telefax
City Hall, +46 8 5082 9363 +46 8 5082 9466
S-105 35 Stockholm, Sweden e-mail: ecad@ecad.net
September 30, 2014
ECAD on cannabis and medical marijuana
Cannabis has serious detrimental effects on health and mental capacity of the young.
A large part of generally acknowledged cannabis prevention consists of attempts to convey
information on cannabis injurious effects. However insufficient, this prevention technique works, and it
is partly the reason why in all societies, it is only a small part of young people who experiments with
drugs in general and cannabis in particular.
ECAD however, considers that political, social and environmental consequences of cannabis
cultivation, trade and use, are neither fully addressed in the present debate nor taken into
consideration by the education system.
Poverty in the world increases as large areas of land are used for expensive recreational cultivation of
cannabis. The production of cannabis exploits vast amounts of energy and involves poisonous
substances. Cannabis trade generates criminality, financial crimes and drugs are directly connected to
human trade, terrorism and conflicts, according to the UNODC reports.
Over 2000 international studies have proof of cannabis inflicting negative impact on health and IQ, 2 of
the latest sudies were presented at ECAD Annual Mayors`Conference in Stockholm in May 2014:
The Dunedin Study: Persistent cannabis users show neuropsychological decline from
childhood to midlife
Madeline H. Meier, Ph.D., Assistant Professor,
Arizona State University, USA
How cannabis smoking can affect the behavior and brains
Bertha K. Madras, Professor of Psychobiology, Harvard Medical School, USA
Data emerged from the discovery and subsequent studies of cannabinoid receptors in the brain has
confirmed several adverse effects earlier associated with cannabis:
 Cognitive decline
 Psychiatric complications
 Impaired coordination and motor function
 Addiction
 Cardiovascular complications – deaths
2
There is no scientifically proven valid research data demonstrating positive effects of cannabis use.
On the other hand, there is a variety of perceptions on the effects of cannabis use among young people. Cannabis would not be used without these subjectively positive perceptions.
We want to reach out to young people who are role models among their peers. We believe that activities primarily should focus on youth groups that have significant influence on the attitudes and behaviour of their peers.
Medical marijuana
Regarding medical marijuana ECAD sees no other reason behind launching medical marijuana than subsequent legalisation of marijuana and cannabis use.
Medical marijuana is the legalisation movement’s attempt to circumvent United Nations’ Conventions on Drugs.
Considering medical marijuana a treatment or a pain relief medication is simply a pseudo-medical bluff.
The main ingredient, THC (tetra hydro cannabinol), has been used in various medical products for a long time. It may have an effect against certain complaints, for example against pain sensation. Those medical products have been scientifically tested, and are prescribed by doctors in controlled doses. In other words, they are not controversial.
What is being legally launched in certain states of the US as ”medical marijuana” is of some other nature and often includes following aspects:
- SMOKING – no other medicine is given or can be approved in this form.
- INTOXICATION – a marijuana cigarette contains hundreds of toxic substances that are not controlled
- UNCONTROLLED DOSAGE – nobody knows what the concentration of THC in products sold as medical marijuana is.
- FAILED PRESCRIPTION – there are no proper routines for pharmaceutical prescription of medical marijuana. Instead, doctors with doubtful motives issue permissions for the ”patients” to buy marijuana in special shops.
American FDA (Food and Drug Administration) agency does not approve of medical cannabis for any indication.
- NOT FOR PHARMACIES – pharmacies with qualified staff don’t supply medical marijuana – it is sold in a growing number of special ”street-shops”.
- VICIOUS SPREAD – there is an explosive increase of cannabis and marijuana use in the states that have allowed distribution of medical marijuana, with the consequent increase of damage in form of psychosis, traffic accidents, violent crime and so on.
Åke Setrèus
ECAD Interim Director