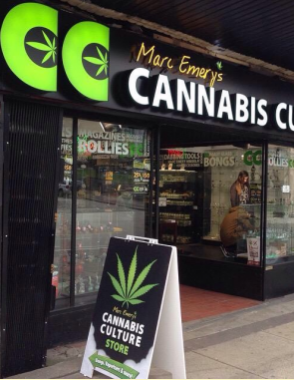 Another death in Colorado has been listed as having “marijuana intoxication” as a factor, according to a CBS4 investigation, and several other families are now saying they believed the deaths of their loved ones can be traced to recreational marijuana use.

Daniel Juarez, an 18-year-old from Brighton, died Sept. 26, 2012 after stabbing himself 20 times. In an autopsy report that had never been made public before, but was obtained by CBS4, his THC level — the active ingredient in marijuana — was measured at 38.2 nanograms. In Colorado, anything over 5 nanograms is considered impaired for driving.

“If he had not smoked marijuana that night he would still be here,” said his sister, Erika Juarez. “He was extremely high. There’s no other reason he would do it,” said his older sister.

According to police reports and interviews obtained by CBS4, Juarez and a friend were smoking marijuana that night when Juarez told his friend “he didn’t want anymore because he was too high.” Juarez, who was a standout soccer player for Brighton High School, then told his friend “I just had an epiphany”.

Police and witnesses then say Juarez literally ran wild, stripping off most of his clothing and running into his nearby apartment. There, he got a knife and stabbed himself 20 times, one of the stab wounds piercing his heart. Juarez’s autopsy report lists his manner of death as suicide with “marijuana intoxication” as a “significant condition.”

A police report in the death notes that the THC in the teenager’s blood was “almost 11 times more than the average amount found in a male using marijuana.”

Police and medical personnel suspected the marijuana Juarez smoked might have been laced with methamphetamine or another substance that could have triggered the irrational behavior. The autopsy shows that tests were done for amphetamines, synthetic stimulants and synthetic cannabinoid drugs, but all those tests were negative.

“I lost my brother to it,” said Erika Juarez. “It’s not harmless, it can kill people and most people don’t see that.”

Up until now, just three other deaths in Colorado were seen as having links to marijuana. Levy Thamba Pongi, a 19-year-old college student jumped from a Denver balcony to his death in 2014 after eating marijuana edibles. Marijuana intoxication was listed as a factor in his death.

Richard Kirk of Denver is accused of killing his wife, Kristine. Before her death, she called police and said her husband seemed to be hallucinating after ingesting marijuana edibles and prescription medications.

And college student Luke Goodman killed himself in Keystone in March shortly after ingesting marijuana edibles. His mother told CBS4 she believes the marijuana caused her son to kill himself. An autopsy report showed Goodman’s THC level at 3.1 nanograms, below the impaired driving limit.

The Juarez case adds another to the list of death cases with links to marijuana.

CBS4 found another Colorado death with strong ties to recreational marijuana. On May 18, 2012, Tron Dohse was returning to his Thornton apartment after attending a Rockies game. When he arrived home he had apparently lost his keys so he attempted to climb the outside of the apartment building to get to his balcony and gain access to his apartment.

He fell to his death, which was ruled an accident.

According to his autopsy report obtained by CBS4, Dohse’s THC level was 27.3 , more than five times the Colorado limit for impaired driving.

An autopsy on the 26-year-old restaurant worker showed no other drugs or alcohol in his system. His older sister, Tori Castagna, told CBS4 she now believes marijuana impairment led her brother to make poor decisions the night of his death.

“I couldn’t believe how high the (THC) level was,” said Castagna. “I think it had a very strong impact on what he did that night. I think his judgment was completely skewed. I really believe that was the main contributor.” (…)

Dr. Chris Colwell, Chief of Emergency Medicine at Denver Health Medical Center, said since the legalization of recreational marijuana in Colorado, he has seen more and more cases like these of people who have ingested marijuana making poor decisions, decisions they would not otherwise make.

‘In some cases they will ingest marijuana and behave in a way we would describe as psychotic,” he said.

“We’ll see several of those every week … that we have to restrain to insure they aren’t a danger to themselves or other people,” Colwell said. (…)

He said later he didn’t know why he did what he did. Colwell said his ER is seeing more and more of the same issues from marijuana that it has historically seen from alcohol. (…)

In Boulder, eight years after her son’s death, Ann Clark believes her son’s own words show that marijuana led him to death.

Her son Brant was a 17-year-old high school student who attended a party, and according to his mother, smoked a large amount of marijuana. She said that session caused a “major psychotic break. The changes in my son were so intense that in the next three days he required emergency care at two hospitals.”

Three weeks later, Brant Clark took his own life leaving behind two notes, one for his mother and a second addressed to God.

“Sorry for what I have done I wasn’t thinking the night I smoked myself out’, the note said. (…)

CBS4 Investigator Brian Maass has been with the station more than 30 years uncovering waste, fraud and corruption. Follow him on Twitter @Briancbs4.