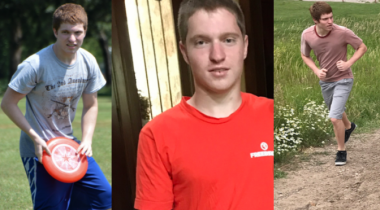 Our son’s story is a warning to other parents

Our son was happy and healthy before he started using marijuana at age 14.  A friend introduced him to marijuana during a time when our family was supporting my wife in her fight against breast cancer.  We noticed David changing rapidly, but attributed the change to   puberty.

After being kicked out of the private school he had attended for many years, he became a heavy user and seemed to lose motivation for school and for life. He graduated from high school at the bottom of his class and started work as a plumber’s assistant. With his paychecks, he would buy more weed.

As his use became even heavier, he became increasingly removed from our family. He spoke of seeing aliens. By last Thanksgiving he appeared catatonic. The next day he stabbed his right palm with his pocket knife. He was hospitalized in a local mental health facility and diagnosed with depression and psychosis, and only tested positive for marijuana.

After a 6-day inpatient stay, David was discharged with no discharge planning. Notes from the facility reveal that David filled out a questionnaire on the day of discharge expressing that he “often” felt panic or terror and that he had made plans to end his life. This was not made known to the family, and he was discharged anyway.

After discharge he started an outpatient program. On the fourth day he smoked cannabis in the woods behind our house. Then he came inside, got a gun from the safe and shot himself.

Marijuana kills! It killed my son. We will never escape David’s loss, but we hope that by telling his story we can help other parents and children understand that marijuana is far from harmless.